Except press releases, all the documentation is available only in Italian.
14:52 UTC +1

Fine Foods & Pharmaceuticals N.T.M. S.p.A. has carried the joint procedure for the Sell-out under article 108, paragraph 1, of Legislative Decree no. 58/98 ("TUF") and the Squeeze-out under article 111 of the TUF - Removal of Euro Cosmetic S.p.A. Ordinary shares from trading as of today's date

BID FINAL RESULTS: 99.395 PER CENT OF THE SHARE CAPITAL ACHIEVED

Subscriptions in the second week of the takeover bid launched by Fine Foods & Pharmaceuticals N.T.M. S.p.A. on the Euro Cosmetic S.p.A. ordinary shares

Subscriptions in the first week of the takeover bid launched by Fine Foods & Pharmaceuticals N.T.M. S.p.A. on the Euro Cosmetic S.p.A. ordinary shares

With reference to the mandatory cash tender offer, pursuant to Articles 102, paragraph 1 and 106, paragraphs 1 of the legislative decree 24 February 1998 No. 58 (the “Offer”) launched by Fine Foods N.T.M. S.p.A. (the “Offeror”) on all the ordinary shares of Euro Cosmetic S.p.A. (the “Shares”), not already owned by the Offeror, it is highlighted that the Offer is addressed to all the owners of the Shares on equal conditions, but it is exclusively promoted on the Italian market, as the Shares are traded only on the AIM Italia organized and managed by Borsa Italiana S.p.A..

Therefore, acceptance to the Offer by parties residing in countries other than Italy may be subject to specific obligations or restrictions as provided for by the applicable laws and regulations. It is the sole responsibility of the addressees of this Offer to verify the existence and applicability of any such provisions, using appropriate consultants and intermediaries, and to comply with such laws and regulations prior to accepting the Offer.

Acceptances of the Offer caused by solicitation activities carried out in violation of the limitations described herein shall not be accepted by the Offeror.

The Offer document, the documents and information contained in this section of the website do not constitute and shall not be construed as an offer of financial instruments addressed to residents in the United States of America, Canada, Japan, Australia or in the Other Countries. Anyone who is in possession of the above-mentioned documents shall abstain from distributing or transmitting, either directly or indirectly, in and/or from the United States of America, Australia, Canada, Japan and in or from the Other Countries or to a U.S. Person.

Anyone who intends to examine the Offer document and the other documents contained in this section of the website must read carefully and be fully aware of the information reported above.

By clicking on the button “Accept”, the investor represents and warrants that (s)he has fully understood and accepted the limitations reported above and also that (s)he is not a U.S. Person nor (s)he is or resides in the United States of America, Canada, Japan, Australia and any of the Other Countries.

Do not accept
Accept 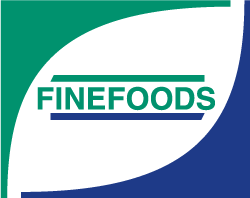